In a study of U.S. workers, 41.4% of respondents reported experiencing psychological aggression at work in the past year representing 47 million U.S. workers. The research found that 13%, or nearly 15 million workers, reported experiencing psychological aggression on a weekly basis. That means that you – like me – have most likely experienced bullying at work. I’m not a psychologist nor do I have any answers, but I do have some real-life scenarios that I’d like to share.  Breaking down adult bullying starts with bringing it to light.

#1) The “Passive Aggressive” Scenario: A co-worker decides to set up an anonymous get-one, give-one “shout out board” in the copy machine room. Before long, there are only a few different hand-writing samples on the board, and it is immensely clear that a couple people are using the board to compliment each other exclusively- for the silliest things. Plus, people also giving credit to others, where credit is not due.

Breaking It Down:  In theory this board could be good, but most times it’s used to passive aggressively leave people out and “throw shade” – as our teens would say.  Passive-aggressive behavior often arises when an individual feels powerless and lacks a strong voice in a challenging environment. Bullies who choose the passive aggressive path to target their victims may be feeling fear of being dominated or overlooked once more. Nonetheless,  hostile digs, being left out of groups, pointed rhetorical questions to “fact check,” comments that dismiss the vitality of your feelings, lofty comparison, “witch hunts,” and assertions of faulty authority tear people down.  The trouble with passive aggressive behavior is that it can be quite subtle.  That’s why it’s so damaging in a professional setting — it can sneak up on you and before you know it, your cup is empty and you don’t even know why.

#2) The “Physically Aggressive” Scenario: Your classrooms walls are thin, and you are sandwiched in between two other teachers who have made it quite obvious

that they just don’t like you for reasons you genuinely can’t pinpoint.  You stay in your lane – really, you do – but nothing can please them.  It’s not long before they are deliberately playing loud music and movies for hours on end each day – even when they aren’t in the room.  They host club meetings or other meetings before, during, and after school in the hallway outside the door to disturb you.  Eventually, the situation eventually escalates to the point where they are making threats and even yelling at you.

Breaking It Down: Physically aggressive bullying in the workplace is opposite of passive aggressive behavior because it’s intended to weaken you on the spot. Workplace aggression can include a wide range of behaviors, ranging from verbal acts (e.g., insulting someone or spreading rumors) to physical attacks (e.g., punching or slapping).  Most bullies who choose the physical route are looking for power and dominion, and their actions can cause serious harm.  From headaches, to ulcers, to fear, this type of bullying harms not only your emotional health and productivity, but your physical health as well.  In the scenario above, it was also part mob mentality, but it doesn’t have to be. Whether it’s one person or more who choose to demean another professional, it’s never acceptable to behave this way.

#3) The “It’s All Your Fault” Scenario: In your professional learning committee meeting, you are sharing an email you received from a parent that was one-part hurtful and one-part aggravating.  This is the email where the parent is sure her child would do nothing wrong, and she doesn’t understand why you aren’t doing more. (BTW: This child has a referral list a mile long and terrible attendance. You’ve given chance after chance for him to get tutoring, etc.)  You normally deal with things on your own but turn to your group for help this time because #1) you want to vent a little and need some encouragement and #2) you’re hoping for some advice on how to proceed.  One person responds with “Oh, you’re having trouble with Johnny. He never acts that way for me.” As you are picking your chin up off the floor, another person says, “I’m surprised this bothering you. You’ve been a teacher for years.  You need to grow thicker skin.”  You immediately feel terrible for bringing it up and begin to wonder if you really are to blame.

Breaking It Down: Consciously or unconsciously, bullies thrive on immediate power. Bullies seek out people who are vulnerable and who are unlikely to retaliate, confront, or report them. Forbes.com says, “The bully tends to be someone who is skilled at manipulating and controlling, but while they see everything as a competition, they do not feel skilled/competent enough to compete on their own merits.”  Bullies are often insecure and vulnerable themselves, so bullying helps them conceal their own insecurities and create the appearance that they are in control. No one ever wants to be the one who “looks bad” professionally, but when you are making yourself look better at the expense of someone else, no one ends up looking good.

#4) The “Setting You Up to Fail” Scenario: Your inbox is flooded – again – with emails from a colleague, who sees herself as your superior, “reminding” you that you have a to-do list you need to complete – and, oh yeah, the deadline is this afternoon.  The list is impossible to complete on time – and you even notice that your deadline is earlier than everyone else’s deadline because your work needs to be “approved” first.  In the process of completing the list, you receive yet another email from tech support letting you know that your account has been mysteriously disabled, and there’s nothing they can do about it today — in fact, you’re the only one with this problem.  In the meanwhile, you receive more emails from her secretary that you’re behind on everything else you were supposed to be doing, and this time the next guy up on the ladder has been copied on the email. It isn’t long before he’s sending you an email asking why you haven’t completed the tasks yet.

Breaking It Down: This type of scenario can be difficult because it most often comes from or involves a person who is – or sees themselves as a superior – a department chair or a team leader.  The bully can often hide behind the premise that, in fact, she does get to tell you what to do, and you’ll have to meet her orders or else.  The biggest problem here is that she makes the demands almost impossible to meet, and then you work yourself to death trying to comply – when in reality you never even stood a chance because it was the plan all along to set you up to fail. She may even withhold important information to make you appear incompetent, and this leaves you feeling powerless. She may even stand outside your door or visit your classroom for “observations” regularly to see if she can “catch” you doing something wrong.  These people are looking to broadcast your failures and silence your successes, and in teaching that’s often too easy because so many successes are won a little a time and may not be realized until days, months, or even years later.  Luckily, it’s not the admin we need to impress.

#5) The “Online Bullying” Scenario: You are the yearbook sponsor, and you’ve decided to make a few changes to help your super-small staff and to improve the book overall.  The changes you’ll need to make mean taking out some “traditions” that have always been, but they really only cover a few people. Your 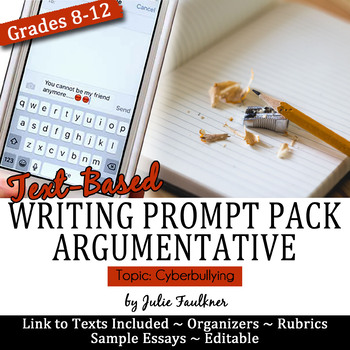 staff and admin are on board, but some seniors and their parents are not. Before long, they’ve taken to their social media channels to blast their feelings into cyberspace.  And, unfortunately, they’ve garnered hundreds of “likes and comments” by calling you and your yearbook staffers every name in the book.

Breaking It Down: In this day and age, it’s impossible to discuss bullying and not mention the World Wide Web.  Most people consider cyberbullying a teenage issue, but workplace is not immune to cyberbullying. In fact, workplace bullies often use cyberbullying to intimidate coworkers and control their environment. It seems people are so likely to hop on their computers and type up a firestorm of hate, and the fact that they can “hide” behind their screens exacerbates the problem.  Another problem with cyberbullies is the “bandwagon effect.” People who have no business join in the bashing – either to direct the attention from themselves or just to perpetuate the drama.  Cyberbullies have the benefit of anonymity, lack of face to face confrontation, and widespread, instantaneous impact. Further exacerbating the problem, Tweets and Facebook posts are permanent, often made in haste and without reflection.  The reality is that the whether it’s done in person or behind a screen, the damage is done as quickly as you press send.

Teaching is a tough profession.  I’ve been in it for fourteen years now, and there is so much tension.  Mandates from admin or state boards for teachers to meet certain goals that force us to compete for test scores and bonuses hurt morale, but abusive conduct and bullying in the workplace are completely unacceptable.  These situations can take a toll and can really break you down – and then little by little you’ve lost your cause and focus.   Are there solutions to these problems? Certainly. However, each case is so different and uniquely hurtful that there’s no blanket fix for the problem.  Maya Angelou said, “My mission in life is not to merely survive, but to thrive.” In a world where hate and turmoil rage, I echo and embrace her sentiment; I choose joy.

October is National Bullying Prevention Month.  What are you planning to do in your classroom to help your students avoid and overcome the pain of bullying? Browse more resources @ http://www.pacer.org/bullying/nbpm/ and @ https://www.teacherspayteachers.com/Store/Julie-Faulkner/Search:bullying.

Sign up for my monthly newsletter – “Teaching Tidbits” – that is delivered directly to your email inbox each month.  Each month you’ll get announcements, tips for teaching, updates on new and revised resources, and, of course, an email-only exclusive FREEBIE!

16 Teachers Share How They Are Creating Boundaries Right Now

In case you didn't know.... It's October and that means all things Halloween!! So I've brewed up a list of podcast suggestions for Halloween! SAVE this post and then head to the link below for even more suggestions and ready-to-go worksheets in print and digital form. #halloween #teachingwithpodcasts #highschoolteacher #englishteacher #faulknersfastfiveblogjuliefaulknersblog.com/high-school-english-teaching-resources/ ... See MoreSee Less

Sharing Halloween Lessons for Middle and High School students. If you teach secondary in any subject, you'll want to stop in to see what's brewing!
View on Facebook
· Share

If You Feel Like You've Hit a Teaching Wall, You're Not Alone

Here's the #behindthescenes scoop of how these out

Can coloring actually be beneficial? You bet! ⁠

Grab one of these ready-to-go #trunkortreat decor

When you are teaching The Crucible, but don't have

Add to your #halloween teaching toolbox with this

In case you didn't know.... It's October and that

Hello, October! That means it is time to queue up

Why can't you hide while wearing polka dots?⁠ Be